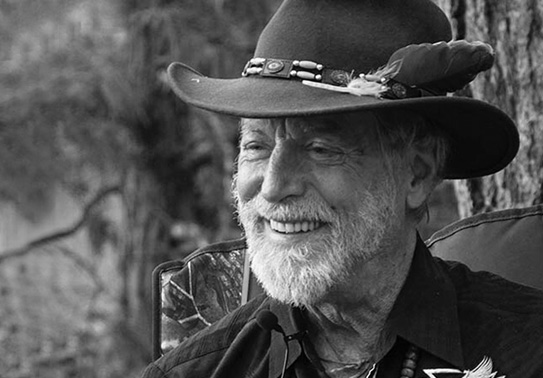 John Milton is a pioneering ecologist, spiritual teacher, meditation master, vision quest leader, and shaman. His vision quest and shamanic work began in the mid-1940s, after experiencing his first vision quest at the age of seven.

A founding father of the environmental movement in the early 1960s, he has guided thousands of people into the wilderness to cultivate a deep ecological
experience of communion with nature and the earth. The founder of The Way of Nature Fellowship, John and his guides offer Sacred Passage Awareness Trainings and wilderness solo experiences year round for individuals and groups.

John is a former professor of environmental studies and Woodrow Wilson Center scholar at theSmithsonian and was one of the first ecologists ever on staff at the White House as a member of the President’s Council of Economic Advisors.

John will also be bringing in practices from many spiritual traditions.. He is a student and teacher of some of the world’s oldest traditions including Shamanism, nondual Advita Vedanta, Tibetan Bön, Buddhism, Dzogchen, Taoism, Zen and Tantra. John has been blessed to be a student of some remarkable spiritual teachers including Dilgo Khyentse Rinpoche, Yongdzin Tenzin Amdak, Tenzin Wangyal Rinpoche, Vasu Deva, Alan Watts, Benjamin Pang Jeng Lo and Robert W. Smith.